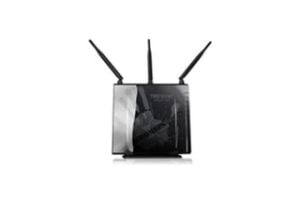 Fifth Generation (5G) WiFi routers (called “802.11ac”) are out now and many people are asking me if they are more dangerous than previous routers. The short answer is yes they are. It is not just the fact that they emit RF (radio frequency) Radiation that makes them so dangerous, but the specific frequency that they use.

Fifth generation (5G) WiFi routers are very dangerous because the 60 GHz frequency they use is absorbed so readily by oxygen (O2) molecules. It effects the orbit of electrons in the oxygen molecule, which effects the oxygen molecule’s ability to bind with blood hemoglobin. In other words 5G routers are believed to make it harder for blood to absorb oxygen in the lungs, which is very dangerous.

In the below video I talk in more detail about why 5G is more dangerous. (Please ignore that I look so tired in this video. This is a video I will be re-doing.) However the information is very good and super important. It is a short video and very much worth watching.

What Is RF Radiation?

There are literally hundreds and hundreds of peer reviewed scientific studies linking RF Radiation to a host of ailments.  I link to some of these studies on the “Scientific Studies” page of this website. The most common thing that studies link RF Radiation to is cancer. Even the World Health organization classified RF Radiation as a possible “carcinogenic”, which means “cancer causing”, in 2011. RF Radiation is also linked to things like adult DNA damage, fetus DNA damage, and sterility in men.

There are a group of scientists from more than 40 different countries that are actively lobbying the tech industries and their various countries trying to stop the roll out of 5G. The purpose of this website is to try to get the word out about RF Radiation dangers in general. But 5G promises to put the dangers of previous technologies on steroids.  Here is a “fun” fact about 5G. I mentioned above that 5G uses between 24 GHz and 90 GHz frequencies. The US Military has a microwave crowd control weapon that uses the 95 GHz frequency that will heat up people’s skins enough to make them disperse up to 1,000 meters away. 95 GHz is pretty close to the top of the 5G frequencies.

Most of our society believes that WiFi is perfectly safe like an AM or FM radio wave. Scientists are predicting that as 5G is more and more rolled out, cancer, neurological problems and DNA damage will reach epidemic proportions. But by then the expensive equipment will be all around us and removing it will be very hard. Large portions of society will be “soft killed” regardless if this is anyone’s intention. And by the time it is obvious it will be too late.

“Alexa, could you start the dryer again?” “Oh Alexa, could you tell the coffee maker to heat some water?” Or how would you like to read a book on your kindle while your car is driving itself taking you and the kids to grandma’s house. It all sounds pretty cool and techy, but at what health cost? Some homes have 5 or 6 WiFi devices in a single room, and that is today with 4G.

With 5G the plan is to turn every home into a smart home. Every appliance will use WiFi to connect to each other.  Each will be controlled either by your voice activated system like Alexa, Google Voice, or Apple’s Siri, or by an app on your smart phone.

A typical TV room for example could have the TV, DVR and Cable box all with internal 5G WiFi. Any old devices in the room could be plugged into a 5G electric plug. The lights switches or even each light bulb could be 5G WiFi so that they communicated directly to Siri or your app. And every electrical device in every room the same way. We will literally be swimming in 5G RF Radiation and have no idea that we are slowly killing ourselves and our family.

Any device connected to the internet that has a video camera or a microphone can either be hacked or spied through from the tech companies that created it. Mark Zuckerberg keeps black tape over his laptop webcam unless he is using it so that he cannot be spied on.

The governments of the world know the spy capabilities of these technologies and have manufacturers grant them access and back doors. If you are reading this and it is giving you the thought that I am wearing a tin foil hat, then you need to do your research. None of this is imagination. The capabilities exist and have been put in there for a reason. Even if it started with only the purest of intentions, in the wrong hands this is what it can be used for.

How Do I Protect Myself?

To protect yourself from the RF Radiation emitted from your WiFi router, 5G or otherwise, you have several options. The first most obvious option would be to not have WiFi internet in your house. Most people do not know that you can login to the online settings of most WiFi routers and they have an option where you can turn off the WiFi. To have internet you would then need to hard wire internet to whatever parts of your home that you would want to access it.

If you are building a new home it is not that expensive to have them wire your whole house with internet cables and install multiple outlets in every room. If you do fiber optic cables it will be really fast. Then any “smart” devices you can order them where they function via hard wired rather than WiFi. You will need to check each circuit with a smart device on it to see how much dirty electricity it ads, as dirty electricity is RF Radiation too. If it is above the safety limit you can stick a Graham-Stetzer Filter in an outlet on the circuit to bring it back down to safe levels. 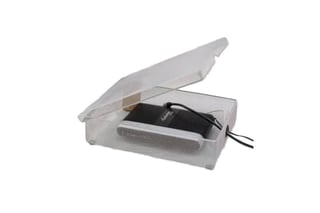 So with this being the case just know you will have good strong WiFi with your router in the WiFi Router Guard, it will just be at the 2.4 GHz speeds. So if you care more about WiFi speed than your health, then don’t get the router guard. If you care more about your health, it is a no brainer. It will block 90% to 95% of the RF Radiation. And the WiFi will still work. My son still watches Netflix and YouTube videos on his laptop WiFi all over out house and never complains.

In the below video I test my 5 GHz Netgear WiFi router with a meter so you can see how much RF Radiation it puts out before and after being put in a WiFi Router Guard. It cuts it down almost to nothing and amazingly the WiFi still works.

Related article: “Wifi Radiation vs Cellphone Radiation; Which Is Safer?“