Multiple peer reviewed scientific studies proved that these will change the dangerous man made 5G Radiation into a more natural less harmful form of electromagnetic radiation. 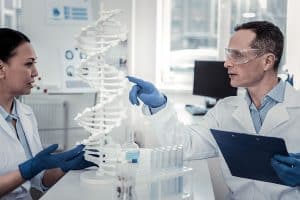 This page is for the serious students of EMF Radiation, and especially 5G Radiation. If you really want to know the facts (i.e. what the peer reviewed scientific studies say), then this page will be a great resource for you. Don’t be afraid to click on links and actually read the studies. It can seem daunting at first, but you will quickly get the hang of it. Even with their scientific jargon they are pretty simple to understand.

I like to first read what is called the “Abstract” and “Conclusion” portions of the study. This gives me an overview of the study and its findings. Then I go through and dig deeper reading the actual study so I can get a feel for how they performed their experiments.

Below we link to many real peer-reviewed scientific studies that have been done on EMF Radiation, as well as many letters on this topic written to government entities by doctors and scientists from around the world.

What Is EMF Radiation?

The below video answers this question. In this video I explain the different kinds of “EMF Radiation”, and a little bit about each of them, as well as some basic ways to protect yourself from them. I put this video here because watching it first and learning more about what EMF Radiation is, will help the scientific information below this video make more sense.

An expert by the name of Kevin Mottus from the US Brain Tumor Association has said that within these  “non-ionizing” portions of the electromagnetic spectrum, the higher the frequency the more dangerous it is to living organisms.

In this section I link to 5G related scientific studies and letters. These are really powerful and I recommend a thorough reading of each. On the link that says “Letters From 250 Scientists…” there are literally letters from that many scientists. And again I recommend reading them.

If in your personal studies you find any 5G related peer reviewed scientific studies (or letter/video) that you feel should be added to this page, please go to this video (https://youtu.be/eMWJEr-bbQA) and post a comment on that video with a link to the study. I will review it and if it relates well to this topic then I will add it to this page.

Here are the letters and studies:

60 GHz RF Frequency is a common one used in 5G, such as by WiFi routers, and pretty soon cell phones. Because of its oxygen absorption characteristics, a major concern people have about the 60 GHz frequency is that it may interfere with a person’s ability to absorb oxygen in the lungs. 60 GHz frequency affects the orbit of electrons in the oxygen molecule, and this affects the oxygen molecule’s ability to bind with blood hemoglobin. Here are some articles and a video that talk about the 60 GHz frequency’s oxygen absorption.

Here are the links mentioned in the above video:

Now these are very important videos on 5G to watch. They are both about an hour and a half long, but well worth watching if you are interested in this topic. Barrie Trower is an expert in this field. He is a physicist who spent his whole career (beginning in the military) studying this kind of radiation in all its forms and uses. He saw it used both as military weapons and in communication. It is a very excellent video on this topic. (See Barrie Trower’s paper on the bees and microwave radiation.)

Dr. Martin Blank from Columbia University Discusses the Dangers of this Radiation

In this below video Dr. Sharon Goldberg gives her testimony before the senate regarding 5g technology dangers. She is an internal medicine physician & professor. This is another video worth watching on this 5G Radiation health effects topic. And you can also watch her full testimony here. 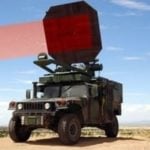 Below is an article about the US Military’s microwave crowd control weapon called the “Active Denial System”. It disperses crowds by heating up their skins. This weapon operates using 95 GHz, which is a frequency within the 5G range. This is a great example of the power to harm that these 5G frequencies have.

In this section I link to peer reviewed scientific studies that focused on lower frequencies used for cell phone, wireless and WiFi devices. These were the 1G, 2G, 3G & 4G (G stands for the word “Generation”) that use between 800 MHz to 6 GHz.

As a point of reference the typical microwave oven uses the 2.45 GHz RF Radiation frequency to cook food. All Bluetooth devices use this same 2.45 GHz frequency.

Here are the studies: 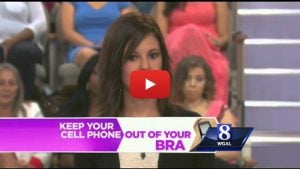 Here is an article about the EPA concerns and push for a better safety standard for RF Radiation prior to having the program de-funded in 2014.

Below is a retired EPA scientist giving his scientific opinion based on the evidence in a community meeting he attended.

Here is another video interview of Barrie Trower, the same physicist microwave radiation expert I talked about above. In this video he starts out by going over his career and credentials. And then at about the 6 minute mark in the video he gets into the specific health problems (such as crib death and DNA damage) he has witnessed personally in his career. Another very informative video.

Negative Ions are simply atoms with more electrons than protons. Things that produce these are things like ultraviolet rays, water hitting itself as in water falls and ocean waves, lightning and some plant processes. These are believed to possibly fight free radicals, react with body tissue and DNA in positive and negative ways, aid cognitive ability, reduce stress and improve sleep and the body’s immune response.

I have not been able to find any studies that suggest that they protect us against EMF Radiation.

Studies Showing Ways To Protect Against This Radiation

In this section I include peer reviewed scientific studies performed regarding Aulterra products showing that they help protect living organisms from the harmful effects of this kind of radiation. These Aulterra products, and the EMF Harmony products below, are the only products I have found that have real scientific studies proving that their products do what they claim they do. I list these studies below for you to read and consider for yourself.

This particular type of test is very credible to me personally. Several decades ago I was experiencing some very strange health problems that my doctors were not able to diagnose. I went to 6 different specialists and nobody was able to figure out what was wrong. Then one performed the simple blood test shown in the below video and diagnosed and solved my problem on the spot.

In this section I include a third party double blind study, as well as other tests and studies showing protective benefits of EMF Harmony products against the various types of EMF Radiation, including 5G RF Radiation. I encourage you to read both the studies above for Aulterra as well as these studies on EMF Harmony products, and make your own determination which one you feel the best about.