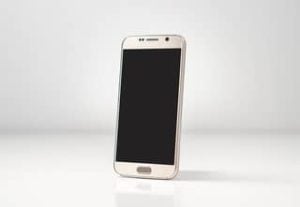 People that are concerned about cell phone radiation often ask me if they emit the RF (radio frequency) Radiation when they are not in use. In other words they are wondering if when not sending or receiving a phone call, are cell phones still emitting radiation?

Unless a cell phone is powered off, or put on airplane mode, it is emitting the toxic RF Radiation even when not in use. The reason is because a cell phone is constantly checking with cell towers for data so that it will be ready to receive a call should one come in. It also searches for data such as the current time, temperature etc. If you use a Bluetooth headset then your cell phone is constantly trying to stay connected to your headphones, emitting the radiation.

In this article I am going to talk about when a cell phone emits, and what it emits in more detail. For now just know that turned on cell phones are always emitting the radiation. The levels at which the emission happens varies however depending on what the cell phone is doing at any given time.

A cell phone emits all 3 types of EMF Radiation, 1. electric fields, 2. magnetic fields and 3. Radio Frequency (RF) Radiation. They emit higher levels of RF Radiation when the phone is accessing its cell network for data such as checking for GPS information. The highest emissions from a phone are if you have the WiFi or Bluetooth turned on or the phone is sending or receiving a phone call.

As you can see in the above video there are items you can get that filter and shield most of the radiation from hitting us. I highly recommend everyone getting these items. Even if you are concerned about the RF Radiation, if you protect yourself properly you can have your cake and eat it too. On the Recommended Protections page of this website I have links to the best places to get those kinds of items.

The World Health Organization classified cell phone radiation as a “possible carcinogenic” in humans in 2011.  Yep. You read that correctly.  Turns out all that radiation from our cell phones is a really bad thing and we probably won’t feel or see the health implications for decades.  So, if you spend 5 hours a day on your phone, that means you’re safe from all that radiation for the other 21 hours a day, right? WRONG.  It turns out your cell phone is constantly emitting radiation and putting you and your family at risk.

There are literally hundreds of peer reviewed scientific studies linking RF Radiation to cancer and a host of other biological problems. In my article entitled “The 7 Worst Radiation Dangers In Your Home” I have links that take you to some of these studies.

To better understand the health implications of cell phone radiation, let’s take a look at how these modern day devices work.  When you make a phone call, send a text or stalk your high school friends on Facebook, your phone uses energy, sends signals to nearby towers and in turn emits radiation.  That radiation is the same kind of energy a microwave uses.

So when you make a call the radiation is absorbed by your body and your environment.  Safespaceprotection.com, a website dedicated to educating consumers about the health effects of cell phone, explains why cell phone radiation is so dangerous:

“Cell phones emit two kinds of EMFs – microwave electromagnetic radiation from the antenna, and more EMFs from the phone body. Both are harmful.  20-80% of the radiation from a phone’s antenna penetrates up to two inches into the adult brain.  Cell phones have thermal effects (heating biological tissue) as well as non-thermal effects (affecting natural EMF frequencies)

Studies have shown that people who sleep with a cellphone by the bed have poor REM sleep, leading to impaired learning and memory. Long-term effects remain to be seen,” safespaceprotection.com

Did you catch that last part? People who sleep with their cell phones near them have poor sleep patterns.  So, this indicates  even though the phone is on and not in use, there is still some level of radiation coming from the phone.

“When you’re cell phone is turned on, but you’re not actively using it to talk, or text or play a gam, it still has to constantly connect with cell phone towers nearby to maintain it’s connection and allow you to have constant internet access. This allows for things like app notifications, iMessage texts, dashboard updates and much more.

Even though you’re not actively using the phone, your smartphone still has a ton of things it’s trying to do all the time to stay updated. This use does give off the same EMF radiation as talking on your phone does, just a bit less,” EMFacademy.com

So, it turns out our phone is sending signals back and forth to cell towers 24/7.  So how much radiation is emitted when we are not using our phones? Great question.  Dr. Joseph Mercola is well known doctor and New York Times Best Selling author who is passionate about educating consumers about the dangers of cell phone radiation, even when not in use.  Dr. Mercola warns people to keep their cell phones far away from their bodies, at ALL times.

“Regardless of the area exposed to the continuous radiation emitted by your cell phone, there’s the potential for harm, although certain areas are clearly more vulnerable than others.  For example, research published in 2009 showed evidence that wearing a cell phone on your hip may weaken an area of your pelvis 2.

The researchers found that bone mineral density was lowered on the side of the pelvis where the mobile phones were carried, raising the possibility that bone density could be adversely affected by the electromagnetic fields emitted by cell phones.

It’s important to realize that as long as your cell phone is on, it emits radiation intermittently, even when you are not actually making a call. So wearing a cell phone on your hip for 15 hours a day is giving that area of your body nearly continuous radiation exposure.Previous studies have found that cell phone radiation can affect men’s sperm count, and the quality and motility of their sperm, and this may be a far greater issue than its effect on bone density,” Dr. Mercola.

Turns out there is no safe level of radiation, regardless if your using your phone or not.  So, what’s a person to do? Turns out you can do a lot to keep you and your family safe.  First, keep your cell phone out of your bedroom.  This may be the hardest, given many people use their cell phones as their alarm clocks.  Time to order an alarm clock on Amazon.  Keeping your cell phone far away from you while you sleep, will reduce your radiation exposure.

If you hate the idea of missing  a text in the middle of the night, buy a special cell phone cover designed to block radiation.  And as Dr. Mercola mentioned earlier, don’t put your phone in your pockets.  When you’re not making a phone call, keep it far away from your body.  If you don’t suffer from  FOMO, also known as ‘fear of missing out,’ turn your phone off all together when not in use.  Personally, I’d rather protect my health than be the first to like a Facebook post.  How about you?

For more information on the harmful RF radiation that cell phones emit please see the following two articles Can Cell Phone Use Cause Brain Tumors? and Cell Phone Radiation and Babies.