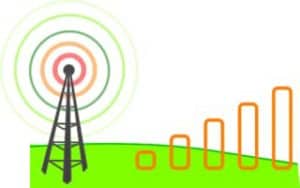 Knowing how cell tower radiation effects school children is a subject that particularly irks me, because I know how dangerous its RF (radio frequency) Radiation is. Not only is the radiation harmful, but the intensity they put out in their effort to handle so many customers and such long distances. Have you ever seen the huge multiple power lines that power these cell towers? They are immense. Yet they stick these things right next to neighborhoods, office buildings and even schools! Unbelievable. And nobody seems to care.

Cell phone tower radiation effects school children by making it hard for them to concentrate. It also causes many to have trouble breathing and gets some really sick with nausea and headaches. The RF Radiation that cell towers emit has been linked to things like cancer, brain tumors, DNA damage (especially in infants and fetuses) and infertility.

In this article I am going to focus a lot on cell towers being close to schools and how this effects the children. First however I will show a video of myself measuring the RF Radiation coming out of a cell tower sitting right next to my old office building. Then at the end of the article I will talk more generally about cell tower dangers.

In this below video I am standing next to an office building with a huge cell tower 50 feet away. I measure the radiation those in the office building are being exposed to 8 hours a day while at work. It is a short video but very much worth watching.

(Note: Cell towers are dangerous, but most people do not realize how much of this radiation they already have inside of their own home.  And this is true even if you don’t live near a cell tower. See our Recommended Protections page that shows the things that we recommend to help you protect yourself from 5G Radiation.) 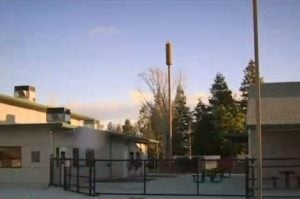 So, the closer you are to a tower, there’s more risk to your health.  Remember these cell phone towers are being placed right next to schools, where our most vulnerable population spends more than half their day, learning, playing and eating lunch.  So what does all this radiation exposure mean for my child? It means it is possible for these microwaves to cause major health problems.  Many experts in this field of study believe the rise in autism, brain tumors and leukemia in children is caused by the exposure to radiation at home and at school.  Here’s why: children are growing and changing at a rapid rate.  Their brains and skulls are still developing, and this means they are very vulnerable to anything that can affect them at a cellular level. Radiation can do that.

“Radio frequencies emitted from mobile phone towers will have deleterious medical effects to people within the near vicinity according to a large body of scientific literature.  Babies and children will be particular sensitive to the mutagenic and carcinogenic effects of the radio frequency radiation.  It is therefore criminal to place of these aerials on or near a school,” Dr. Helen Caldicott, Pediatrician and co-founder of Physicians For Social Responsibility.

Read that last part again.  A pediatrician is on record saying it is criminal to put a cell phone tower near a school. That is powerful.  Turns out radiation like the kind emitted from a cell phone tower, can penetrate the blood brain barrier and cause major cellular changes in a child.  It can also cause cancer in adults and teachers too. 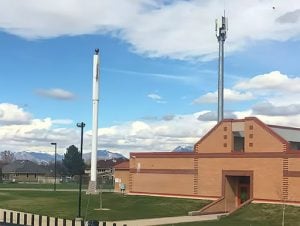 In fact he wrote an entire book about the health implications of dirty electricity.  In his book, he makes a correlation between the rise in cancer among teachers at a school in California.  Over the course of a decade, dozens of teachers and former students were diagnosed with some form of cancer.  Teachers knew something at the school was making them sick.  Turns out the building had high levels of radiation throughout. Here’s an excerpt from an article by a local television station:

“Dirty power can be measured using a Graham-Stetzer meter, which plugs into any outlet. While most homes and buildings measure under 100 units, Milham says La Quinta Middle School measured off the charts. “You’d like to get below 50 units.

So what’s a parent to do? Speak up.  Sign petitions and peacefully protest any proposal of cell phone towers going up on or near your child’s school.  You have to be the voice! There is simply too much at stake.  Parents across the country are taking a stand to protect their children from cell phone tower radiation- and they’re winning the fight.  You can too!

To better understand why cell phone towers are a health nightmare for kids, let’s take a look at how they work.  As I mentioned earlier, cell phone towers make it possible to use your wireless devices.  When you call your brother in Texas, the signal from your phone connects to a tower and then connects to another tower and so on, all at lightning speed.  Then your brother picks up and you catch up and talk about the Super Bowl.  To serve as the nucleus of communication, cell towers emit a lot of radiation.

To better communicate, we need more cell phone towers. To do that, cell companies want to pay a lot of money to use land and build towers where a lot of people congregate.  Enter your child’s school district.  According to a recent NPR article, more and more school districts across the country are turning to leasing land to cell phone towers in exchange for a steady stream of funding for education.

As public-school budgets decrease, the need for more educating funding is greater than ever before.  So how much money are we talking about? There’s one district in Washington D.C. that has seven cell towers on its property.  (Note: Cell towers are dangerous, but most people do not realize how much of this radiation they already have inside of their own home.  And this is true even if you don’t live near a cell tower. See our Recommended Protections page that shows the things that we recommend to help you protect yourself from 5G Radiation.)

Those seven towers alone generate more than $110,000 a year for the school district. That’s a lot of money to fund after school activities, purchase new text books and pay for more teachers.  But, there’s a major trade off.  And some parents are not happy.  In one district, parents rallied against plans for a cell tower to built on campus- and they won.  Way to go parents.

Cell phone companies will tell you the amount of radiation emitted from cell towers is not as dangerous as holding up a cell phone to your ear.  I’m not buying that and neither are doctors and scientists who believe all this tower exposure is a major problem.

For more information on the main RF radiation dangers found in our homes please read our article entitled The 7 Worst Radiation Dangers In Your Home.  For more information about the RF radiation dangers associated with cell phone towers please read our article entitled 5G Radiation Dangers.